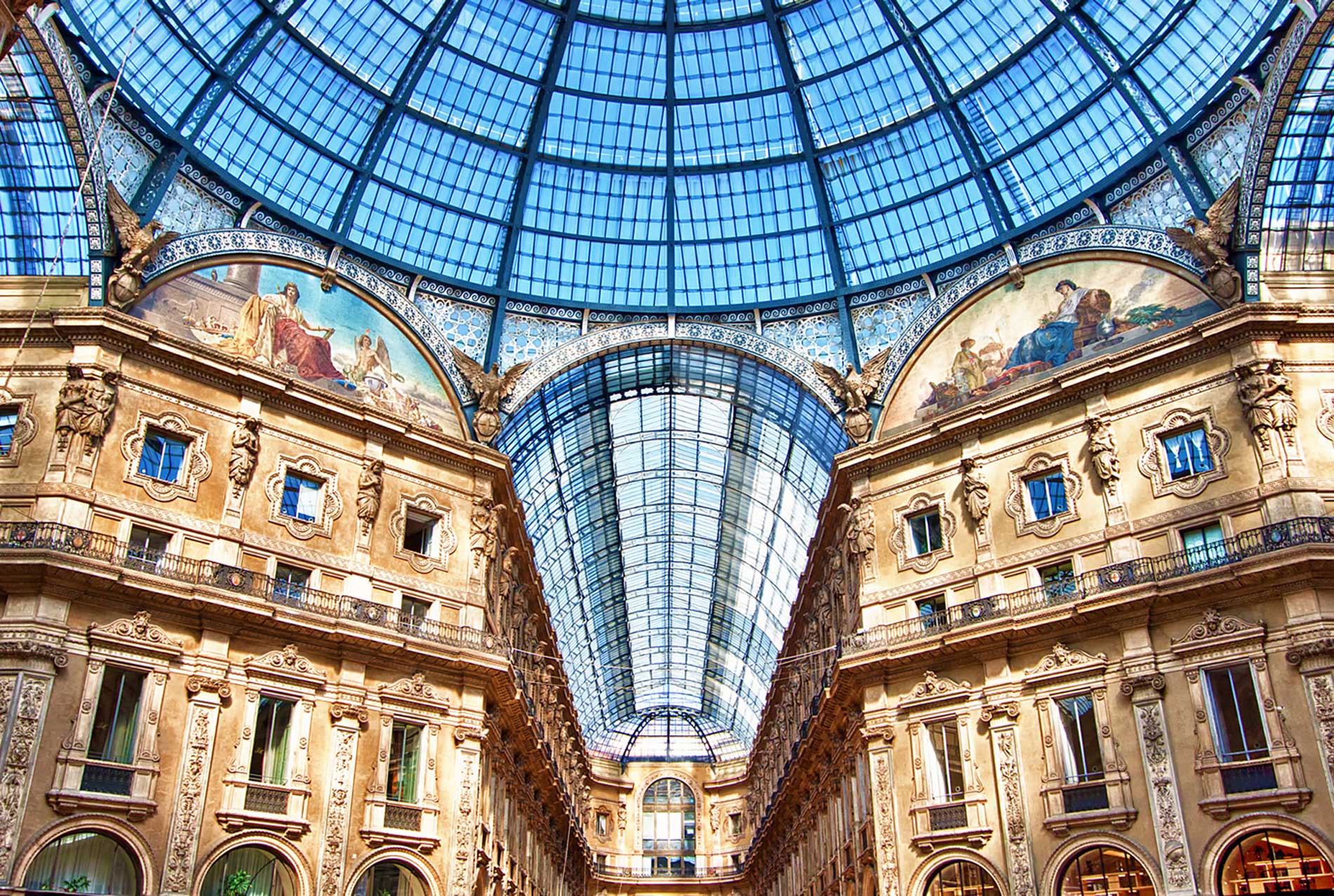 “Milan is an exact replica of a great city in miniature; it has, in small proportions, all that is characteristic of the great capitals.” -- Iginio Ugo Tarchetti, "Racconti fantastici," 1869

Compared to the metropolis it is today, Milan was a rather small town when the Italian poet Iginio Ugo Tarchetti wrote these lines nearly 150 years ago. But even though the city has grown enormously in size, population, and influence since then, it remains blessed with the very quality that charmed Tarchetti: In its compact center, all within easy strolling distance of one another, are many impressive monuments – monuments of different kinds, built in different architectural styles, and reflecting different historical periods.

But don’t make the mistake of thinking that, with so many landmarks pressed so closely together, Milan is a touristic pushover, a city one can “do” in an hour or two and then move on. For Milan is not so forthcoming with its favors. “While Rome,” it is said, “is a voluptuous woman whose gifts are very apparent, Milan is the shy, demure girl whose treasures are plentiful but discovered in time.” Of Milan’s many rewards, a good number are utterly hidden, and plenty of others are disguised.

Some of this is rooted in the city’s history. An Italian city, you say? It might come as a surprise that Milan, founded by Celts, has spent the majority of its 2,400 years under foreign rule. Did you know that Milan was under the sway of Austria’s Habsburg emperors for nearly a century, and, before that, governed by their Spanish cousins for twice as long? That it has been ruled by French kings and by Napoleon, by Charlemagne, by Goths and Huns, and by the Romans – whose Western Empire it served as capital from 286 to 402 AD?

The traces of some of this past are clearly seen in Milan’s architecture, but discerning others requires more careful observation. The origin of the city’s signature culinary achievement, the Costoletta alla Milanese, is the subject of a longstanding debate: Did Milan copy the recipe from the occupying Austrians, or did the Habsburgs make off with it when they left for home – and, hoping to stake a claim to it, rename it Wienerschnitzel for their capital? A less known but very typical Milanese dish, cassouela, is a relic of Spanish rule.

And some of the past has vanished leaving barely a trace. For hundreds of years, Milan was a major inland port, whose 150km-system of rivers and canals – its locks designed by none other than Leonardo da Vinci – carried everything from marble for the Duomo to gentlefolk indulging in The Grand Tour. But what began with the digging of the first canal in 1179 all but disappeared between the 1930s and 1950s, when every canal but one was filled in and even a natural river, the Olona, was channeled underground.

This radical yet invisible transformation of the cityscape should put us on our guard. If there is a river under our feet that we neither hear nor feel, what might there be before our eyes that we do not see? “The buildings conceal their charm behind sober facades,” warns Milan’s official tourist office, “while churches that are camouflaged in the narrow streets of the city reveal their treasures only to the attentive visitor.” In Milan, not everything is as it appears at first glance. So do not underestimate the city, for if you do, there is a price: You may pass right by its riches – architectural, historical, and artistic – and never be the wiser. 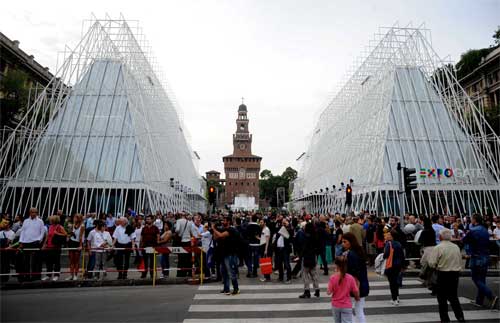 Milan is a city renowned at once for art and history, for science and business. It is not surprising, then, that this multifaceted city has been chosen to host the 2015 Universal Exposition. Technology, culture, creativity, and tradition are domains Milan knows well.

The Expo, dedicated to “Feeding the Planet. Energy for Life,” will be held in Milan from May 1 through October 31, 2015.

With 22 million people from 144 countries planning to arrive in Milan for the event, this World’s Fair offers a great opportunity to experience the world all in one place!

When Expo Milano opens next May, it will be the first time that city will have hosted a World’s Fair since 1906, and only the fourth time that Italy itself will have done so. The first of the four was also held in Milan in 1906, and only five years later, the second was held in Turin to celebrate the fiftieth anniversary of the Unification of Italy. The last Expo held in Italy was hosted by Genoa in 1992.

Expo Milano 2015, which will run from May 1st through October 31st 2015, will be the 77th international exposition since the original took place in London in 1851. Best known as the “First World Expo,” the granddaddy of them all was held in the Crystal Palace in Hyde Park, London, under the title “Great Exhibition of the Works of Industry of All Nations.” The Great Exhibition, as it is often called, was the brainchild of Prince Albert, the husband of Queen Victoria. It is generally considered to be the first “international exhibition.” That premiere expo set the precedent for future international exhibitions, later called “world’s fairs” or “universal exhibitions,” that have continued to be held up to the present time.

The theme Expo Milano 2015 will be “Feeding the Planet. Energy for Life.” According to the promotional literature, the event will be:

“A world-level and unrepeatable event providing visitors with the opportunity of making a tour around the world, through cultures, technologies, history and tastes of over 140 countries.

“Within the innovative and charming exhibition area of Expo Milano 2015, you will find thematic exhibitions, interactive paths, educational and playing areas for children, great shows, and opportunities to taste the flavours of neighbouring and distant countries, in a spirit of conviviality and harmony among peoples.

“Expo Milano 2015 will be a global laboratory where all people can come together to imagine and build a new and better world for all. It offers a unique and unrepeatable opportunity to participate in the creation of concrete solutions to nurture our planet in a proper, healthy, sufficient and sustainable manner.”

So much more than what people say about the city is behind the corner: Milan will surprise you with its hidden culture, charm and beauty.

Your message has been sent. Thank you!

Thank you for your request!

In case that you will not receive a reply within 24 hours, please write an email at info@milanprivatetours.com